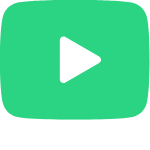 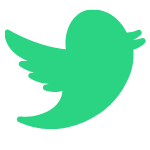 The Code of Conduct is a shared statement of our commitment to upholding the ethical, professional and legal standards we use as the basis for our daily and long-term decisions and actions.

We all must be cognizant of, and comply with, the relevant policies, and standards that guide our work. We are each individually accountable for upholding these standards of behaviour and for compliance.

The Code of Conduct applies to all employees and suppliers of Scalo sp. z o. o. with its registered seat in Wrocław.

Scalo sp. z o. o. and its suppliers undertake to comply with rules designed to eliminate child labour and their protection, in accordance with ILO Conventions.

In particular undertake not to employ persons who have not attained the minimum age for employment in accordance with ILO Conventions C138 and C182 and regulations of Polish Labour Code.

Scalo and its suppliers undertake not to make use of forced or compulsory labour, as defined in ILO Conventions C29 and C105.

ILO Convention C29 defines forced or compulsory labour as any work or service exacted under the threat of sanction, by persons who do not volunteer for such work.

It is strictly prohibited to withhold any documents identity documents, passports, training certificates, work permits or other documents during the period of employment. Employees are also not obliged to pay deposits or other financial guarantees.

In regard to ILO Convention C111, Scalo sp. z o. o. and its suppliers are obliged not to make any distinction, exclusion or preference made on the basis of race, colour, sex, religion, political opinion, national extraction or social origin, which has the effect of nullifying or impairing equality of opportunity or treatment in employment or occupation.

In regard to ILO Convention C111, any distinction, exclusion or preference in respect of a particular job based on the inherent requirements thereof and any other special measures designed to meet the particular requirements of persons who, for reasons such as sex, age, disablement, family responsibilities or social or cultural status, are generally recognised to require special protection or assistance (positive discrimination) shall not be deemed to be discrimination.

Scalo sp. z o. o. and its suppliers will apply to the local polish regulations regarding employment of people with disabilities.

The negotiation and performance of contracts must, under no circumstances, give rise to conduct or actions that could constitute active or passive corruption towards or on behalf of public or private entities, or complicity in influence peddling or favouritism.

Offences committed by intermediaries, commercial agents or consultants could result in the person having hired them being liable to severe sanctions in the same way as a direct perpetrator would.

In accordance with the OECD Convention of 17 December 1997 on Combating Bribery, the corruption of foreign public officials, in all forms, is prohibited.